This blog was created in October 2020 as a home for all of my writing and photography which doesn’t naturally belong on Green Path, my long-running environment and wildlife blog. Older posts here were carried across from my previous (iinet) website under their original dates.

The original title of this think-piece was longer and more informative: The triple whammy of an ageing boomer cohort and the need for generational change in voluntary societies

My starting point was observing, over the last ten years or more, wildly diverse clubs experiencing similar problems without realising that their problems are, in fact, generational and therefore common.

I will talk about “voluntary groups” but the term should be interpreted very broadly: my comments apply, more or less, to all unpaid activity outside the home: to amateur orchestras, tennis clubs, gardening clubs and Amnesty groups alike. And my “voluntary workforce” covers tuckshop helpers, NGO committee members, Op-shop volunteers, and everyone else who contributes unpaid hours to the community.

Retirees are the core of the voluntary workforce for simple, obvious reasons: children are busy with school (and have little independence anyway), young adults are continually in transition (through education, vocational training, new jobs, new partners, house ownership and parenthood) and mid-life adults are more settled but are time-poor. Empty-nesters can begin to engage (or re-engage) with hobbies and voluntary work, and retirees have all the time in the world.

The dominant role of retirees may be relatively new. Before dual-income households became the norm, and before the retirement years stretched out, stay-home mothers were big contributors; but those days are gone.

2. So many baby boomers!

Baby boomers (usually defined as people born 1945 – 60 or 1945 – 65) have dominated their world like no other generation, mostly by simple weight of numbers, for their whole lives.

Their parents built new houses for them, built new schools for them, and built universities for them. Boomers moved into the workforce and filled every available spot, locking younger people out of promotional pathways for decades, then started retiring and reinvented retirement. Now their children are building old people’s homes, hospices and palliative care hospitals for them – and thinking about bigger cemeteries.

Boomers started retiring in the early 2000’s and will still be retiring (at 70) in 2035. For them, retirement is no longer a brief window of senescence before an early death, but has become a full-fledged third life stage, as long and as active as childhood. For the first time ever, a large percentage of active adults will be retirees, people with a good knowledge of how the world works, useful skills, material security (usually) and few commitments.

So why is this a problem?

For the first time in modern history, their successors have to deal with declining community wealth as health and welfare costs take off.

More importantly from the point of view of all voluntary groups, the numerically strong boomer cohort which has dominated them for so long is going to drop away, through incapacity, illness and death, in the relatively near future.

We’re seeing it already amongst older boomers as they hit their late seventies; in another five or ten years, most boomers will be in their seventies and some in their eighties. They will become recipients of meals on wheels, not deliverers; oldies who are visited in hospices, not the people visiting hospices and taking residents out for the day.

Australia’s official retirement age has been following the upward trajectory of life expectancy for some years. Most boomers have retired at 65, but the pension age is creeping up and the government is talking of raising it to 70.

But in any case, our longer span of good health has encouraged many boomers to work beyond the pension age, either full-time or in casual and contract roles. That’s not a problem while it partially offsets the existing demographic bulge in voluntary groups, but what will happen when the trend persists (as it must) into the next cohort? The next generation is numerically smaller to begin with, and their delayed retirement will further deplete the pool of new voluntary workers.

We must recognise, too, that organisations have life cycles just as individuals do, and that their life spans are not necessarily very long. They can be born in a burst of energy, flourish under the enthusiasm of the founders and, unless they are constantly renewed from within, sink into oblivion as the founders’ generation leaves.

I could point to two Townsville clubs which have (almost literally) died of old age in the last couple of years. There are others which have been the preserve of a single generation of members, not because the members turned newcomers away but because the clubs were of no interest to younger people.

And a large number of organisations were established by young and enthusiastic baby-boomers as they came of age (which is of course another example of the ‘Boomers Rule!’ rule). That makes them particularly vulnerable now.

And how many of them are still dominated by boomers? Enough to be a worry.

I will say nothing of local groups, expecting that my reader(s) will know some examples far better than I do.

So… there’s the problem.

Solutions to it will have to engage with succession strategies, the nature of ‘membership’ in the age of social media, and perhaps even the very concept of voluntary associations in their traditional form.

But that will have to be a topic for another time, here, or for my readers, any time.

A small flurry of recent additions to this blog:

They all date back to 2007 – 08 and have been posted here under approximately the dates they were written., i.e., way down towards the bottom of the blog, which is why this note seemed worth writing.

Just by way of an afterthought: I wonder whether I would have been quite so keen to republish Journey and its sequels if we hadn’t just suffered through Morrison’s failed attempt to legislate extra privileges for religious groups. 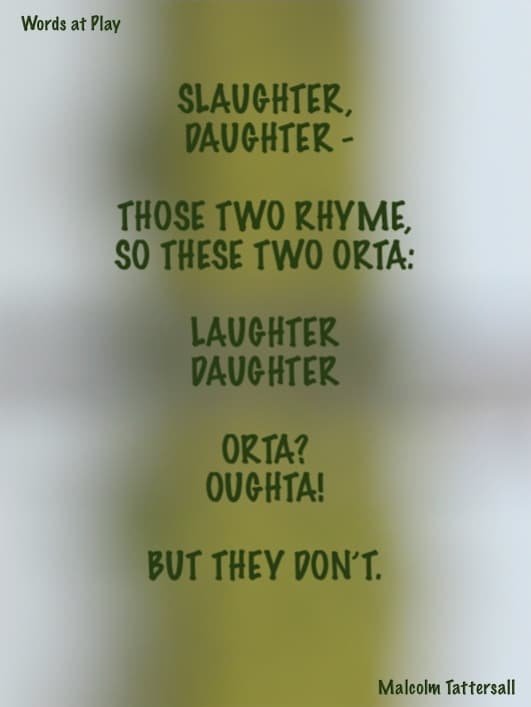 END_OF_DOCUMENT_TOKEN_TO_BE_REPLACED

If we wander into any art gallery which shows a variety of work we are likely to see pictures identified as “digital images”, but the term is problematic. An “image” is something we see, but in what ways can an image be “digital”? And what, really, is the artwork?

Technically, digital is contrasted with analogue. Analogue changes in any quantity are continuous, i.e. smooth at every scale, while digital changes are discrete, stepwise. For instance, the minute hand of an analogue clock moves smoothly and its position can be read to any desired accuracy, while a digital clock will say the time is (e.g.) 8.22 p.m until it says 8.23 p.m.

END_OF_DOCUMENT_TOKEN_TO_BE_REPLACED 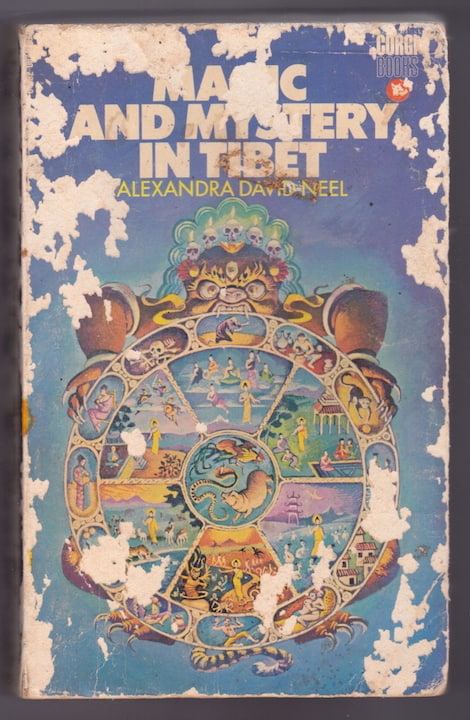 A friend passed this very old, battered copy of Magic and Mystery in Tibet my way amongst others she was discarding recently. I found it fascinating as an historical artifact and impressive in an intrepid-traveller kind of way.

The author, Alexandra David-Neel, was part of the early Western engagement with Asian religion, along with the theosophists (whom she knew well).

END_OF_DOCUMENT_TOKEN_TO_BE_REPLACED

This site is divided into three main sections. The “search” box will only search the section you are visiting at the time, and the “home” page you reach by clicking on the site title is the home of the section.
These links are shortcuts to all three sections:
Green Path
Words & Images
Music